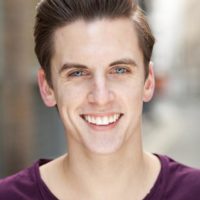 Aaron is a theatre and film director, focussing on youth productions.

Aaron directed a youth play for National Connections called Hacktivists and his group were asked to go to Italy to perform as part of Festival Internazionale del Teatro Classico dei Giovani.

He has also written plays for large youths groups with his play ‘Youth’ being very well received during the Brighton Fringe and Starboard festivals.

"We so appreciate the passion and dedication you all bring to the group – the kids obviously respond in kind. Our daughter absolutely loves the group!"