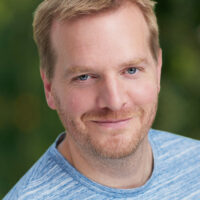 He is a passionate advocate of creative subjects in education and has seen 1st hand on numerous occasions how studying drama benefits young people.

Ben launched The Young Actors Group out of a desire to see a professionally run acting-only nationwide group that took both its responsibilities seriously whilst offering excellence at every level.

Following its launch in 2014, YAG now runs over 20 groups and will be offering a franchise model from the beginning of 2023.

"Working in small groups has been great!"