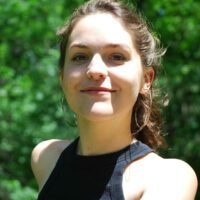 Originally from Minneapolis, Minnesota, Julia has worked in theater for over 15 years as a director, actor, writer, and teacher.

Julia graduated with a Masters of Arts in Film Directing from Met Film School in 2022 and has trained in theater at St. Paul Conservatory for Performing Artists and Whitman College.

She has had the pleasure of working in many great cities including, Wellington, Melbourne, and London. Currently, she is touring the film festival circuit with Tap Twice, a short film she wrote and directed.
Julia adores teaching and is so excited to share her love of theatre with the students of YAG!

"The Young Actors Group is an extraordinary find in a sea of Brighton groups - you're the best!"